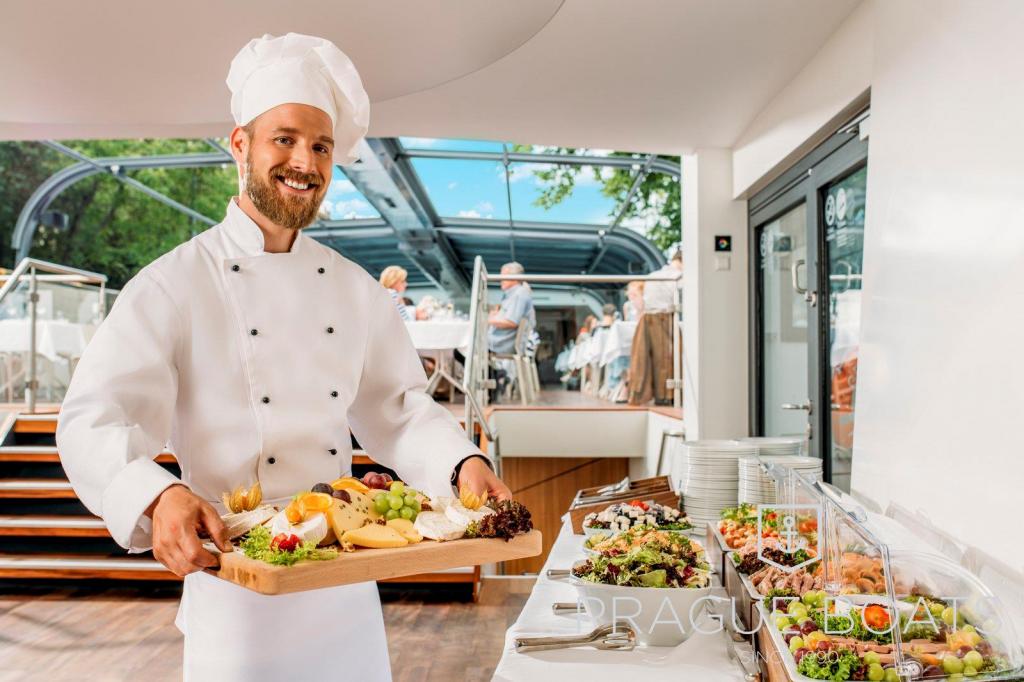 Do you want to enliven your day with a boat trip along the Vltava while also enjoying an excellent lunch? A cruise with lunch is the right choice for you!

A pleasant lunch in the very heart of Prague where you can enjoy your meal in peace and in the comfortable environment of the deck. And during the two-hour cruise on the Vltava, you can admire the beautiful historic monuments.

While you will be comfortably seated on the boat you can admire the main Prague sights. Such as the Charles Bridge, Rudolfinum, St. Nicholas Cathedral, National Theatre, Dancing House, Vyšehrad, and more. The boat has a glass roof so you can fully enjoy the views.

You will sail under the historic Charles Bridge. The bridge was named after its founder, Charles IV. who had it built in the middle of the 14th century at a place of its predecessor, the Judith Bridge. The construction of the bridge was entrusted to only 27-year-old architect Peter Parler. It was completed at the beginning of the 15th century. And until 1841 it was the only connection between Prague Castle and the city's Old Town. Prague Castle is without a doubt the most famous historical and cultural monument in Prague. It has been at the center of Czech history from the 9th century to the present day. From the deck of the boat, you will see the Prague Castle and photograph it in all of its glory and from an unusual perspective. Do not miss the National Theatre on the right bank of the river! But do not worry it is hard to overlook this Neo-Renaissance building.

You will pass through the Smíchov Canal Lock, it is the busiest canal lock on the river Vltava. Then you will see on the right bank of Rašín Embankment near Jirasek Bridge an unusual modern building, the Dancing house. The house is inspired by the famous interwar dancing pair Fred Astaire and Ginger Rogers. Dancing House won numerous awards at home and abroad.

Due to the irregular traffic on the Vltava River and the limited capacity of the water locks as well as their occasional shutdown we cannot guarantee that the cruise will be sailed as offered (the duration of the cruise will not be affected). Should the Smíchov lock be too busy, the boat stays in the lower part of the river. You will be informed of this prior to the cruise commencing.

The boat departs at 12:00. The boats are in operation all year round. In the winter season, all boats are heated and in the summer they are air-conditioned.

Food was good. Would’ve have been better with some narration of the history of places we were passing. 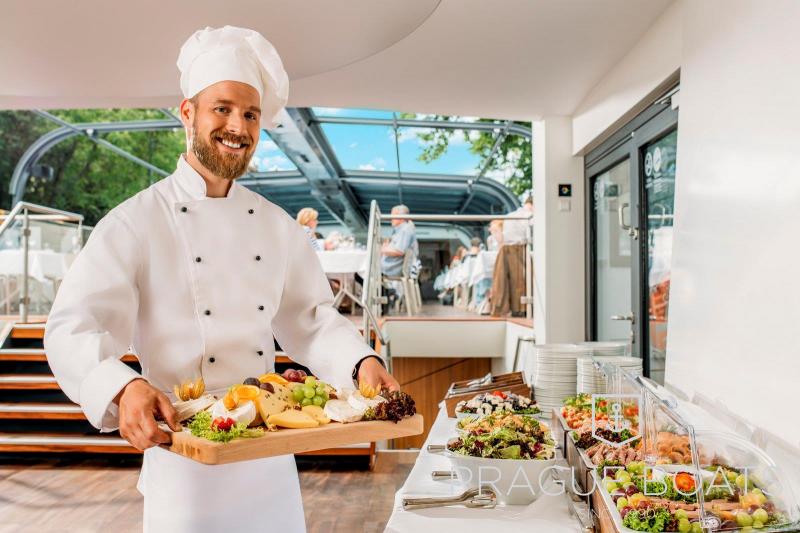 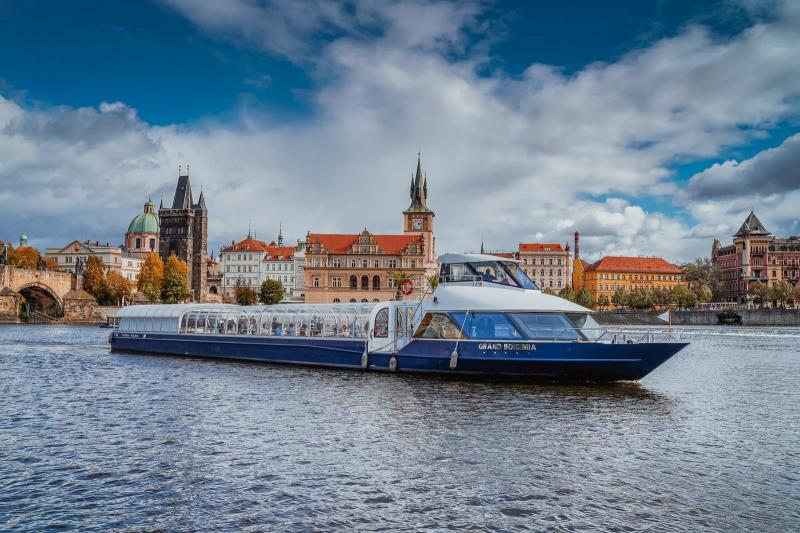 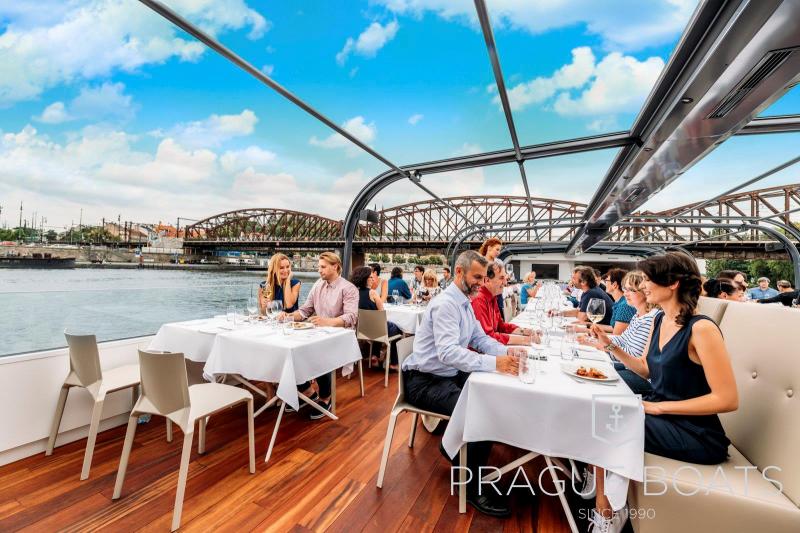 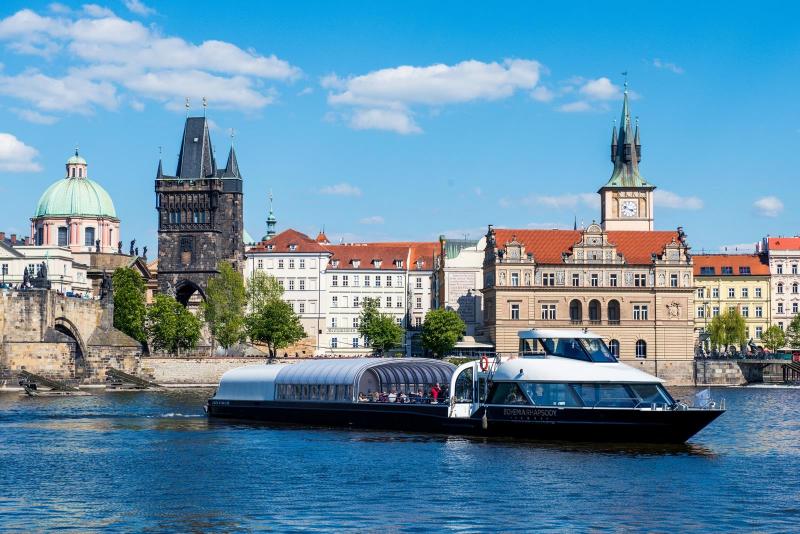 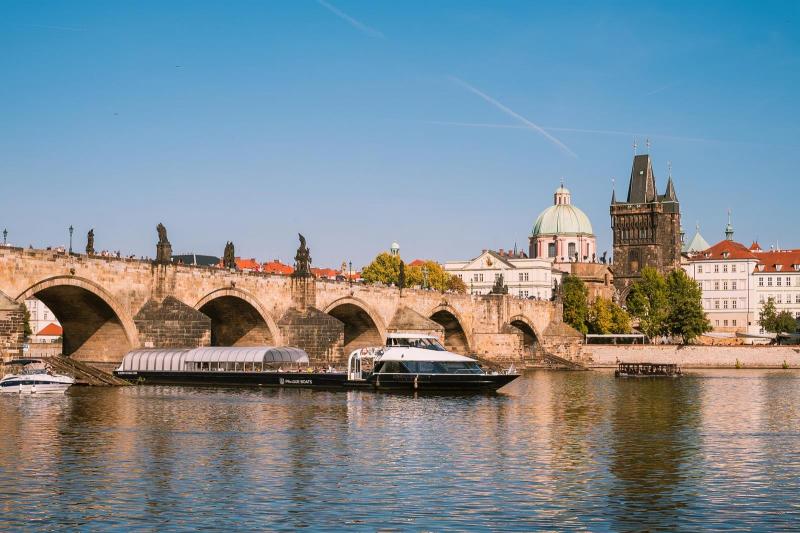 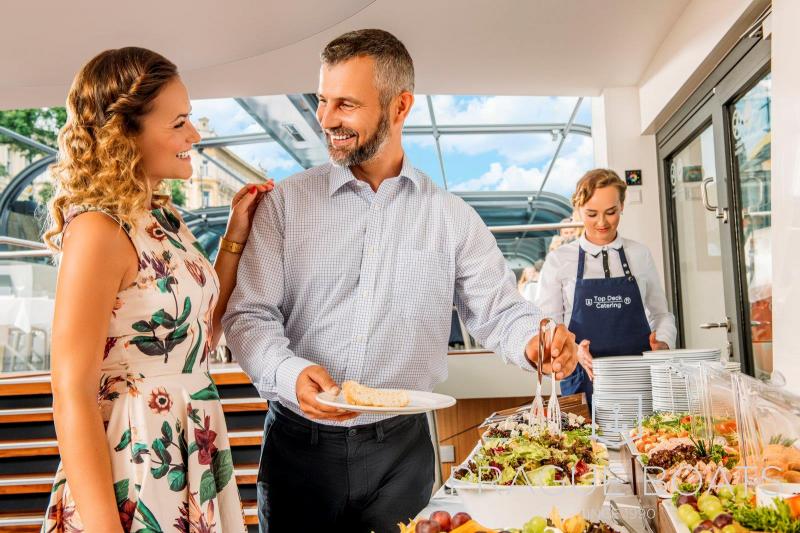 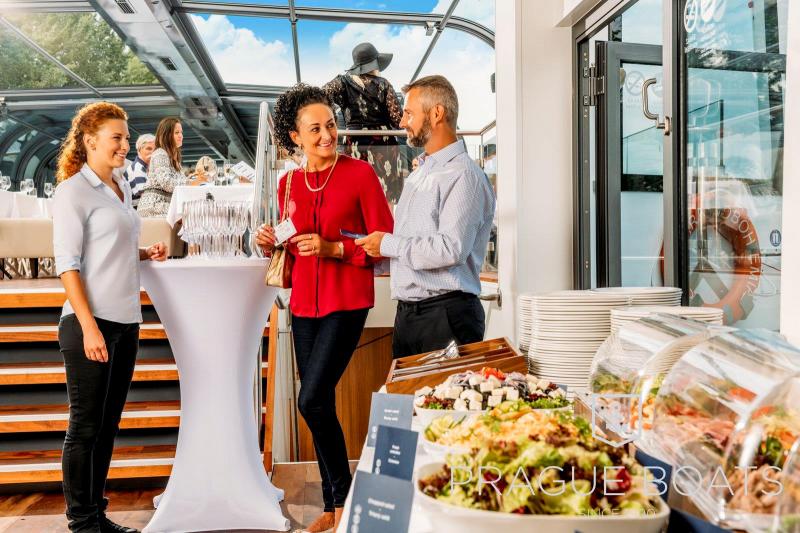 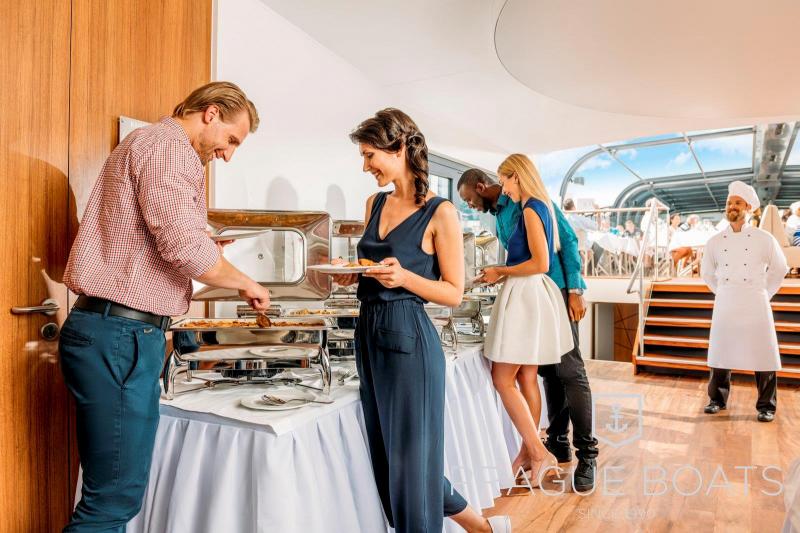 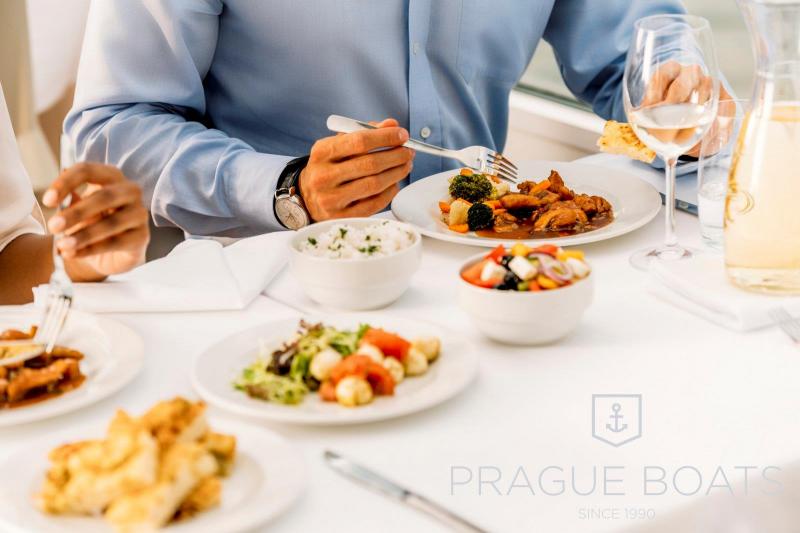 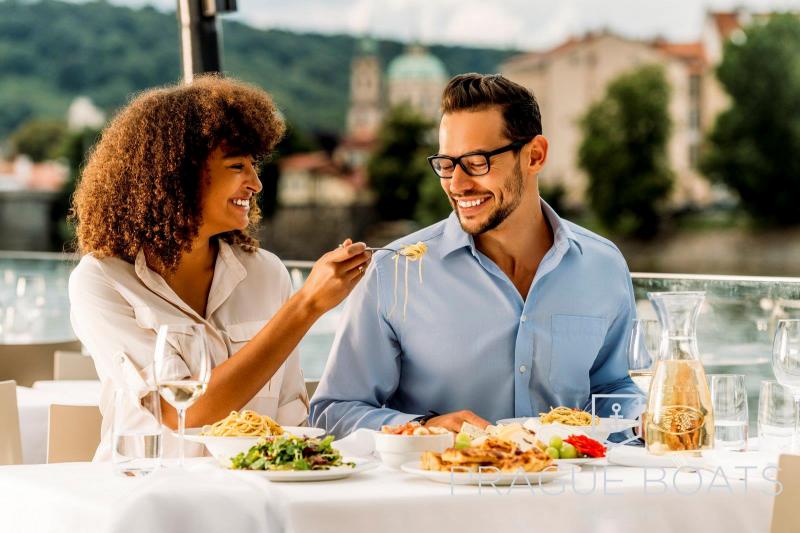 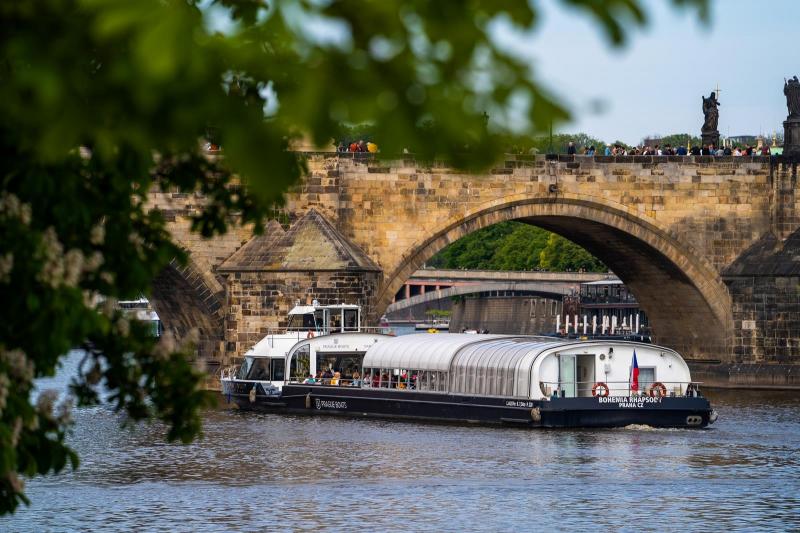 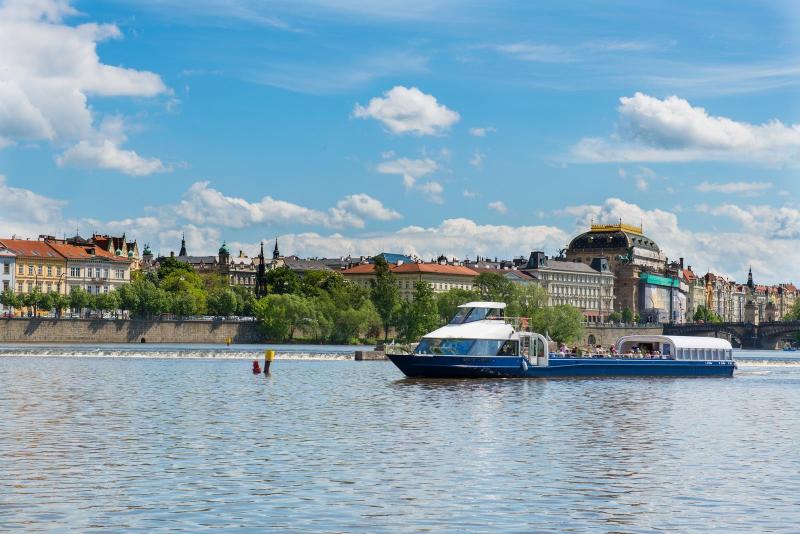 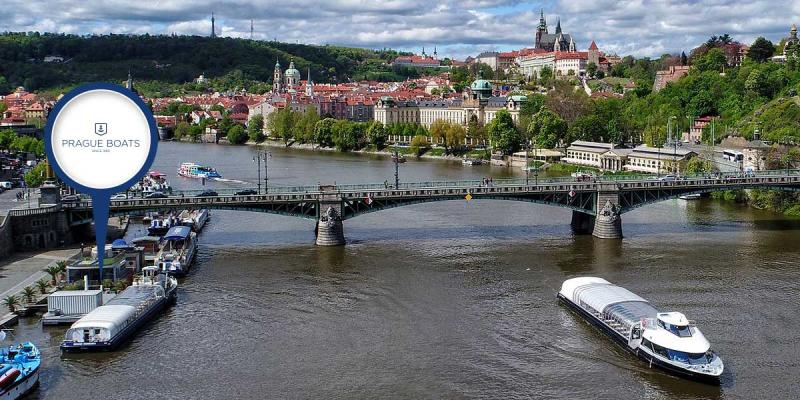