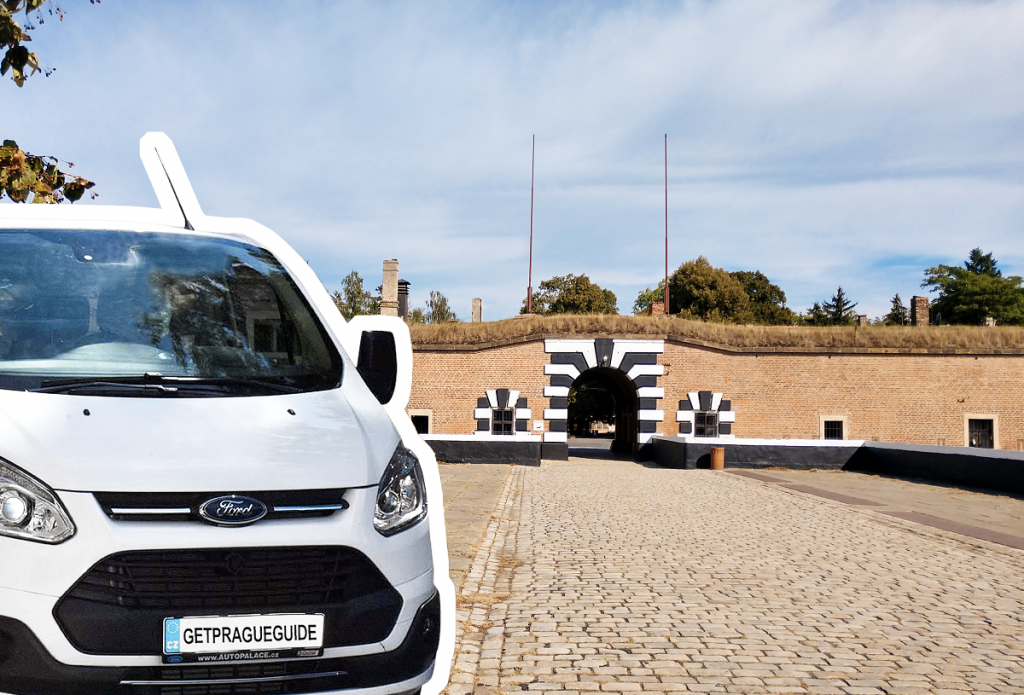 Meet your guide in front of the main entrance to Rudolfinum at Jan Palach Square. The guide will be holding a blue and white umbrella.

Our tour which is including an Admission ticket to Terezin Small fortress will open for you a window into not far past where justice love and humanity were not in place.

Terezin is located approximately ninety miles north of Prague and just south of Litomerice. The town was originally built in 1780 by Emperor Joseph II of Austria and named after his mother, Empress Maria Theresa. Terezin consisted of the Big Fortress and the Small Fortress. The Big Fortress was surrounded by ramparts and contained barracks. However, Terezin had not been used as a fortress since 1888; Terezin had become a garrison town that remained virtually the same, almost entirely separated from the rest of the countryside. The Small Fortress was used as a prison for dangerous criminals.

Terezin changed dramatically when the Nazis renamed it Theresienstadt and sent the first Jewish transports there in November 1941.

The Nazis sent approximately 1300 Jewish men on two transports to Theresienstadt on November 24 and December 4, 1941. These workers made up the Aufbaukommando (construction detail), later known in the camp as AK1 and AK2. These men were sent to transform the garrison town into a camp for Jews. The largest and most serious problem these workgroups faced was metamorphosing a town that in 1940 held approximately 7,000 residents into a concentration camp that needed to hold about 35,000 to 60,000 people. Besides the lack of housing, bathrooms were scarce, water was severely limited and contaminated, and the town lacked sufficient electricity.

Our tour takes you to the most significant places. With a certified guide, you will be guided through the Terezin concentration camp.

This was a somber, yet informative and important tour for me and the guide, Martin (sorry for any misspelling) was amazing. As a Jewish person, this tour was especially emotional for me and Martin was exceedingly compassionate and sensitive to how the information may be impacting me. He made a special point to check on my well-being several times throughout the tours. I really appreciated that he gave the whole experience the gravity it deserves. He was also incredibly informative/informed and personable. I would highly recommend!

A very interesting day and very knowledgeable guides. Only wish we had more time as it felt quite rushed

Our guide was so knowledgeable it was incredible.

Great! Amazing tour! Thank you for taking us to Terezin

Very happy with this trip. My guide Konstantinos and Blanka were very nice and answering questions regarding town of Terezin and surrounding cities/ villages.

perfect welcome. staff who wanted to find a solution so that our visit goes as smoothly as possible and on the desired day.

Tour was very interesting and informative. Best aspect of the tour was the drive to and from the camp, driver was excellent to say the least, very friendly and provided general history of Prague and pointed out different buildings and restaurants he’d recommend.

Absolutely perfect - I was the only one on the tour so it could be done efficiently and see the sights at my own pace - as indicated in the preview material. Both my driver and the tour guide at Terezin were perfect and very service minded. I even got to see the tunnels in Terezin - not sure that could be done with a group. I would warmly recommend this tour provider, because the tour excl museums is 4-5 hrs. (much shorter with just one person on the tour), where other tour providers have the tour in 6 hours, which is a lot if you don't have energy for hours of sightseeing and have read up on the facts before and after the tour!

Thank to our driver/guide who learn to us many things on Prague and Terezin. However, we noticed that if we do not talk english, this part would be able more difficult. Our driver/guide drive us to the small fortress of Terezin where an other guide explain us in our langage the history of Terezin.

The french guide was totally dedicated and explained a lot about Republik tcheck during the bus transfer. She translates for us what the guide in Terezin explains. She was very nice et very attentioned. The bus driver was very nice and drives very well. We were totally satisfied by this tour.

We met with our driver on time. He was very kind and provided us with many information's about Terezin. Terezin itself is very sad place. Thank you driver ( unfortunately don´t remember name)

You must see a very powerful experience. Perfect service. 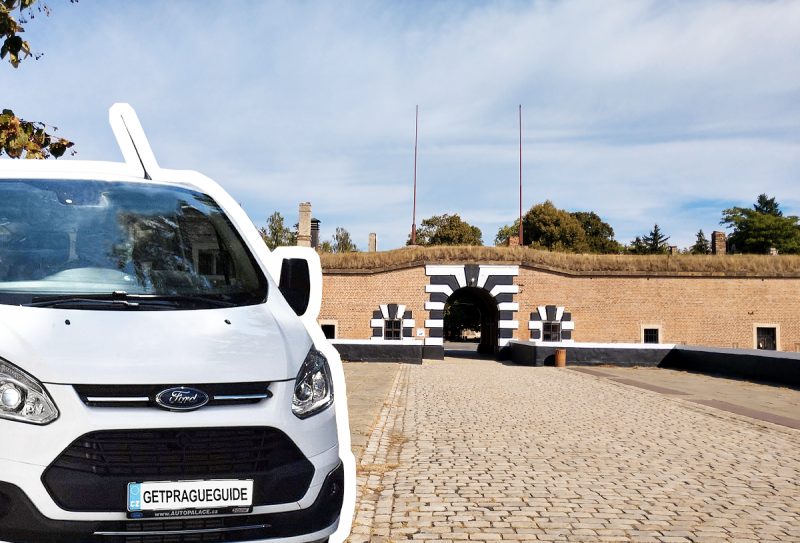 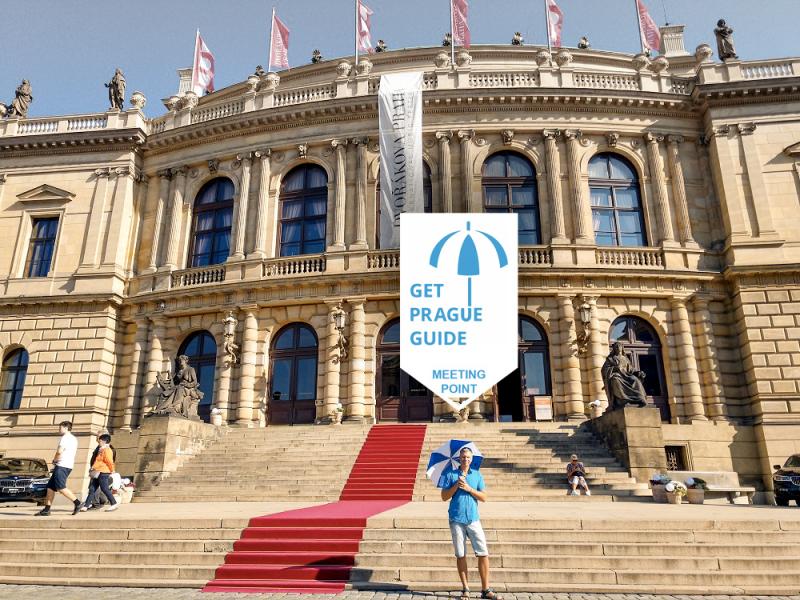 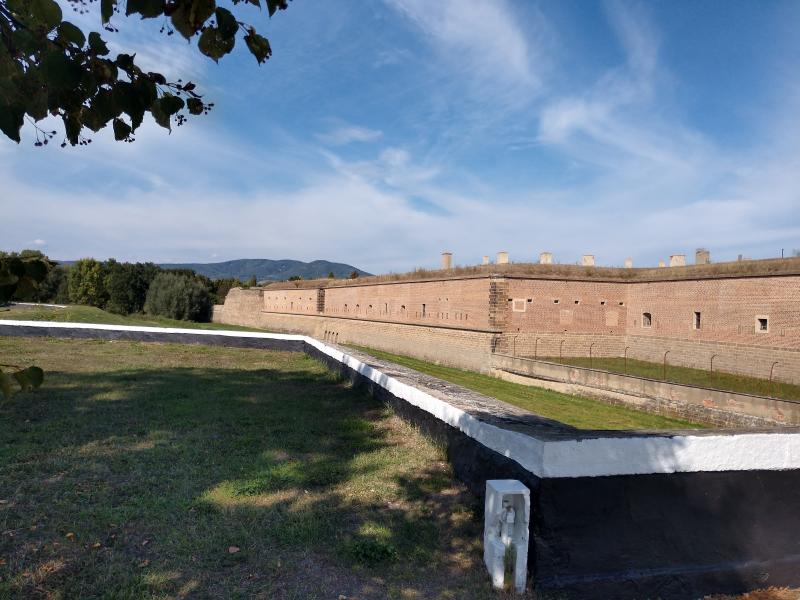 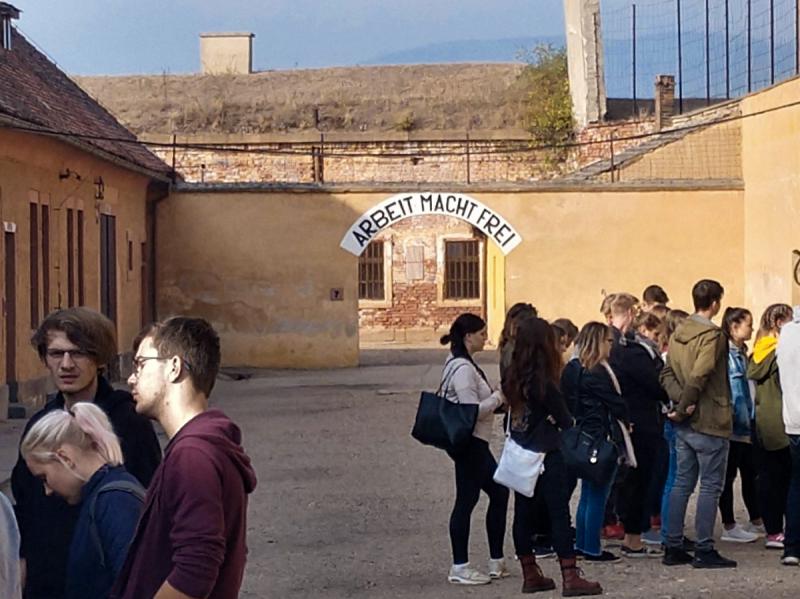 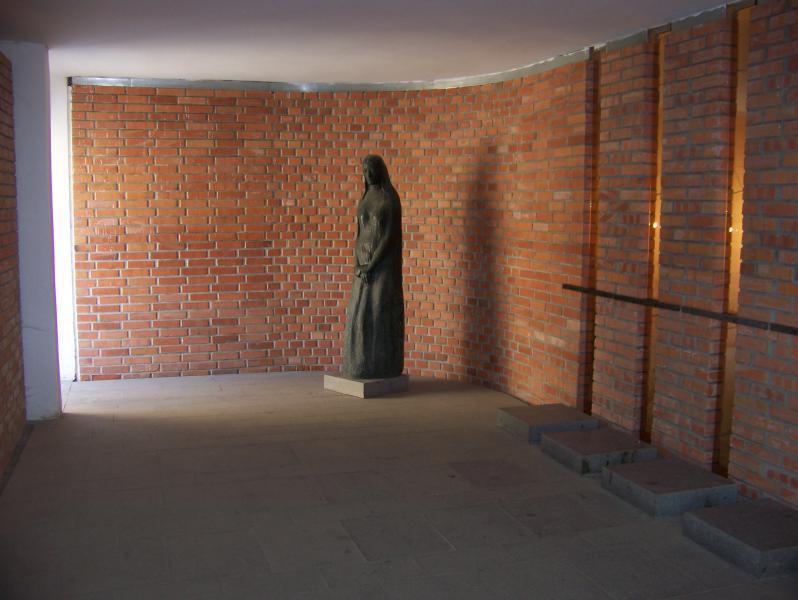 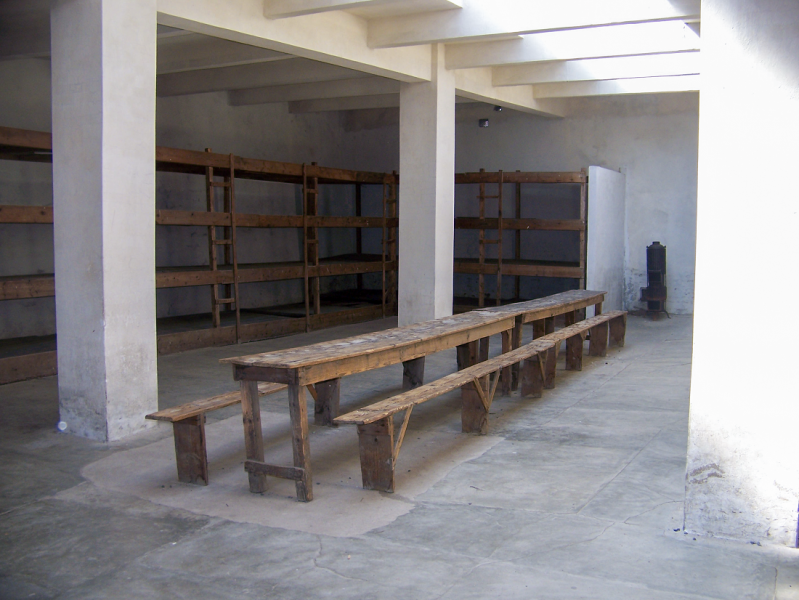 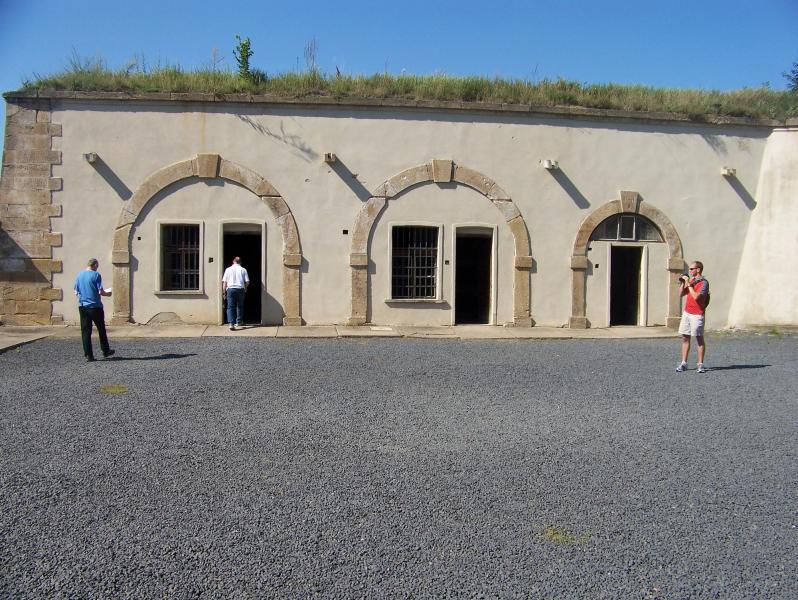 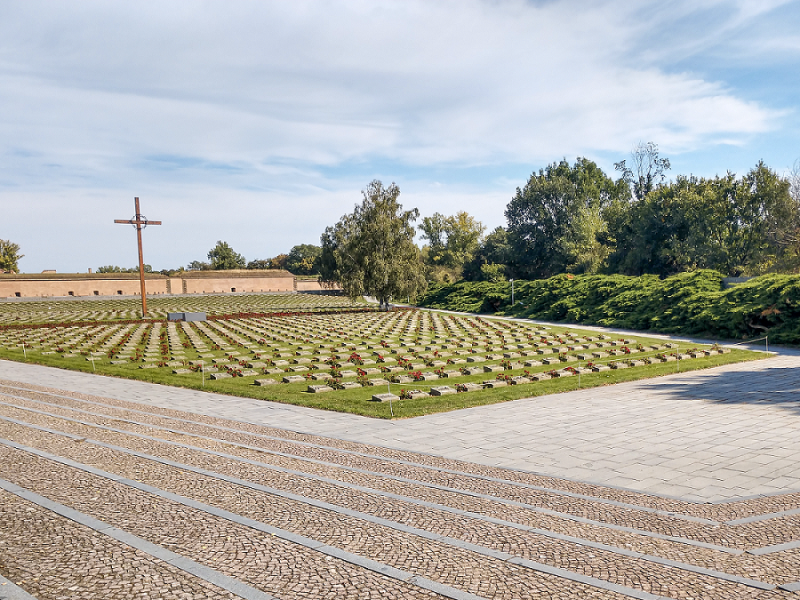 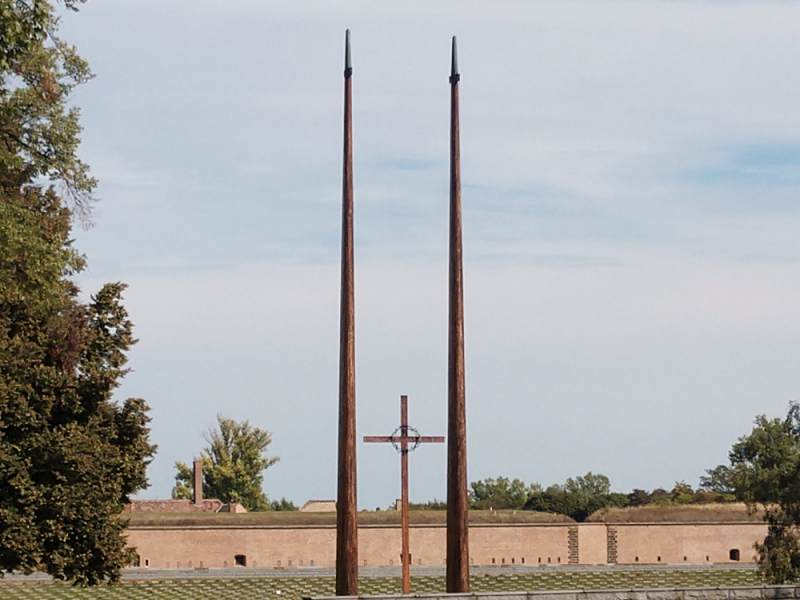 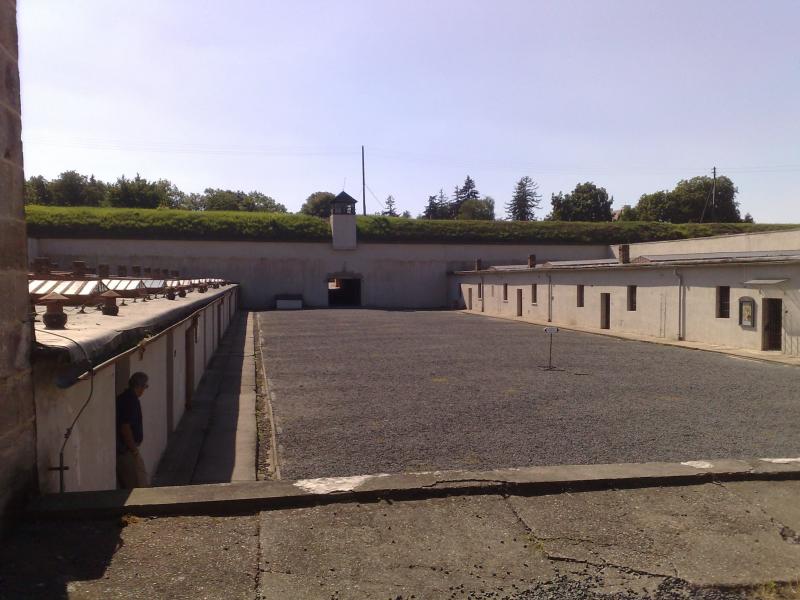 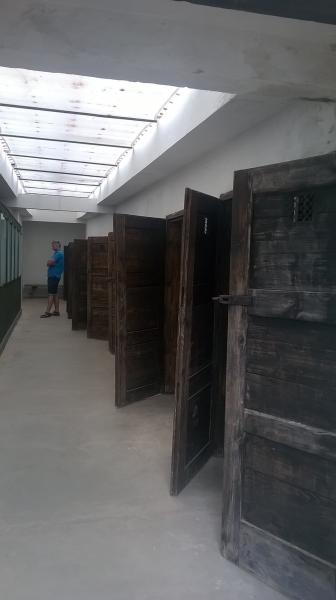 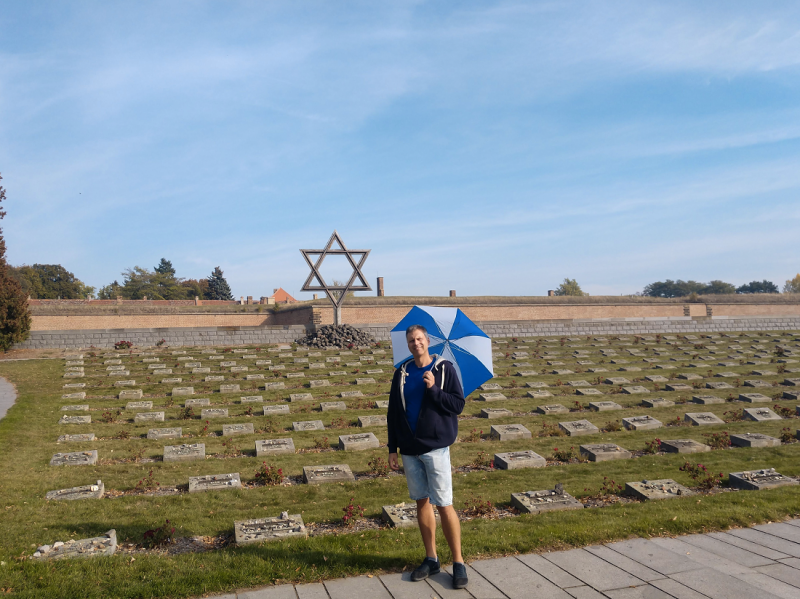